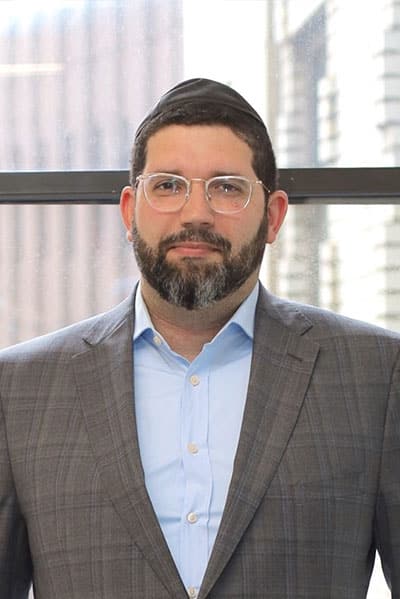 Yosef Katz is a Principal and founding partner at ARG. Mr. Katz began his career in investment real estate sales in 2006. He currently oversees day to day management of the firm as well as supervises a team of junior brokers.

Mr. Katz is known in the industry for his intimate market knowledge and ability to close problematic deals. Over his career, he has negotiated over $1.8B in real estate transactions including $450MM in debt sales. Since 2006, Mr. Katz has cultivated relationships with the largest property owners in NYC and has successfully advised his clients on property valuations, pricing, financing and repositioning of assets. He specializes in trading multi-family assets in Manhattan and the surrounding boroughs with a particular focus on Brooklyn and Queens.

Mr. Katz has closed significant pieces of business throughout NYC garnering features in top industry publications including The Real Deal, The Commercial Observer and The Wall Street Journal as well as numerous other outlets. He has also received numerous honors including being named one of Real Estate Forum’s Top New York Investment Brokers in 2012 as well as being recognized as Top Producer of the Year by GFI Realty Services in 2014,2016 & 2017.

Mr. Katz received his Bachelor of Science in Finance from Touro College with dreams of going to law school however, once he closed his first deal, he knew that this was the industry for him. Born in Montreal, Canada, he is one of 11 children to a rabbi and a homemaker. He currently resides in Queens, New York with his wife and their four children.