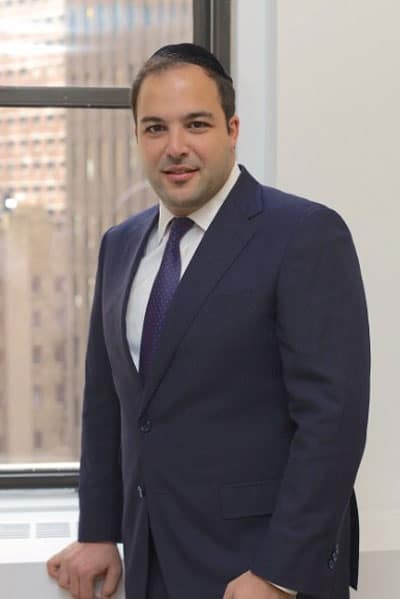 Shlomo Antebi is a Principal and founding partner at ARG. Mr. Antebi began his career in investment real estate sales in 2007. From the start of his career on he has distinguished himself by keeping his clients informed of new comps in their markets of concentration as well as successfully advising them on how to unlock the potential value in newly acquired assets. He specializes in trading rent stabilized multifamily and mixed-use assets across the five Boroughs. He has successfully closed over 175 transactions worth over $1.5 Billion.

Mr. Antebi has been featured in top industry publications including The Real Deal, The Wall Street Journal, The Commercial Observer, and Real Estate Weekly as well as numerous other outlets. He has also received numerous honors including being recognized as Broker of the Year by GFI Realty Services in 2013,2015,2017 & 2018.

He currently resides in Brooklyn, New York with his wife and their four children.